Technological advancements have provided the tools to explore the infinitesimal components of our cells.

In doing so, we’ve discovered how powerful some of these signalers may be in identifying disease, biohacking health, and treating illness.

Exosomes are one such signal that has a huge potential for anti-aging.

Exosomes are nano-sized extracellular vesicles. Unlike intracellular signals, that function within the cells, exosomes travel in the extracellular fluid (like the blood), communicating from one cell to another. They are often referred to as membrane-bound vesicles and although not a cell, they have a surrounding wall protecting the contents it carries. To deliver its message, it fuses its membrane with the target cell’s wall, therefore spilling its contents before being recycled.

Discovered in the 1980s, exosomes were first thought to be cellular garbage bags carrying waste around. In reality, exosomes carry a wide range of material that is used in communication including various proteins, molecules and genetic material. In fact, by inspecting the contents of exosomes scientists can analyze the signals they are sending and distinguish healthy cells from diseased cells.

As key communicators, exosomes have a large role in exacerbating or preventing the aging process. There are a few main ways in which exosomes play a role in aging.

As we age, many of our cells become damaged and are no longer healthy replicating cells. Unfortunately, they do not always become degraded and recycled in a timely fashion and therefore continue to actively give off harmful signals. These cells, termed senescent cells, release an increased amount of exosomes that spread their senescent state to neighbouring cells. This response is so reliable, researchers can even induce this type of exosome secretion by damaging cells. The signals produced are also believed to be a main contributor to the development of chronic diseases like cancer, and to wide-spread inflammation. On the other hand, genetic material (miRNA) from exosomes are also able to suppress cellular senescence.

Research has shown that stress has a direct correlation on the types of signals sent by exosomes. These signals act as a warning sign, allowing other cells to make preemptive alterations in response to a given stressor. Although highly useful, during prolonged stress these signals create a pro-inflammatory environment that leads to accelerated aging and chronic diseases.

Aged cells can also secrete toxic proteins through exosome signaling. These proteins can have pathogenic downstream effects and have been linked to the development of neurodegenerative diseases in aging. This same effect on brain aging has also been seen in genetic material (exosomal miRNA).

Exosomes are neither good nor bad, as they are just the messengers between cells. However, they do represent an exciting area of research to find methods of suppressing negative signaling, such as from senescent cells, as well as upregulating positive signals and biohacking specific pathways in individual cases. Based on its wide application and ability to influence both the factors and pathways of aging, exosome therapy is at the forefront of anti-aging medicine.

Research has demonstrated the following functions of exosome therapy:

Contact us for more information on exosomes and the functional medicine approach to aging. 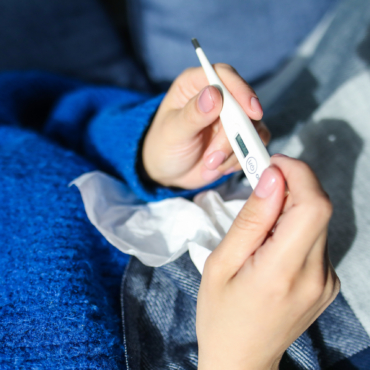 How nutrition can help to fight against COVID-19 ?

5 Foods to Combat the Winter Blues